Where to eat and drink 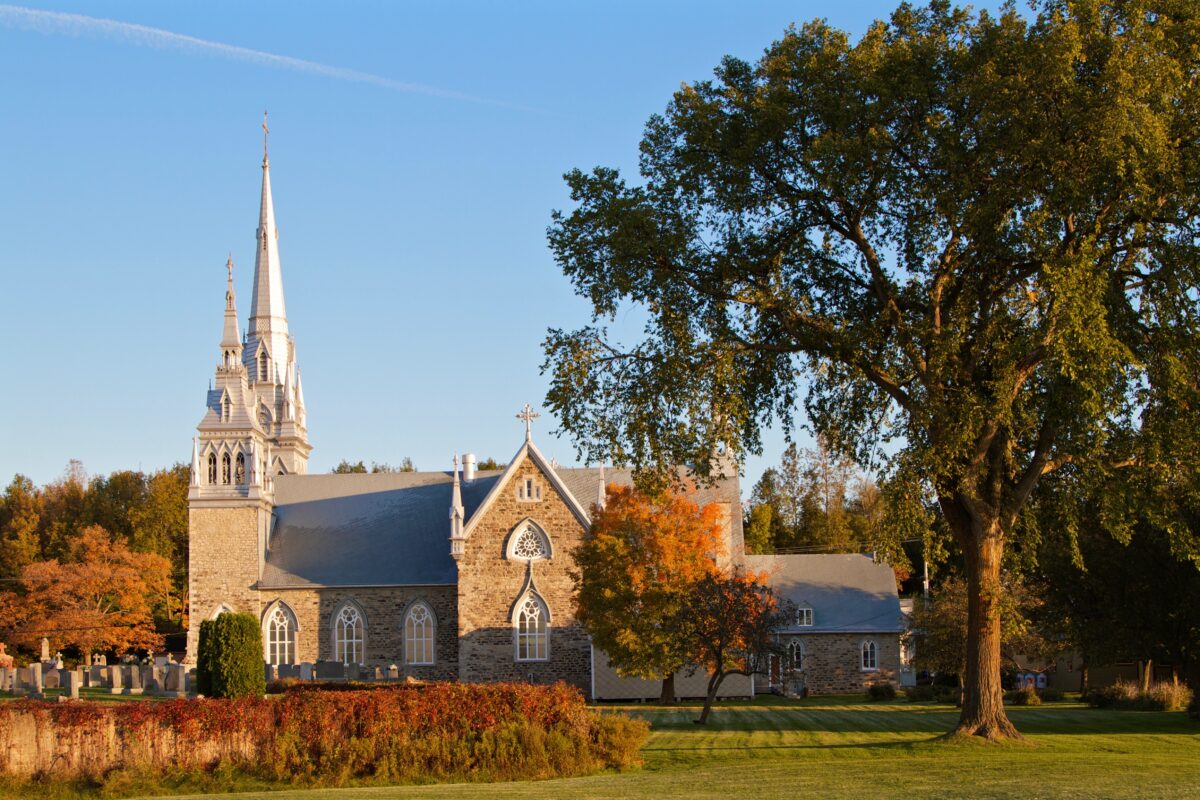 The Voies du Sacré: Where religious heritage rhymes with an unexpected journey

In the centres of all our villages, we find the same constant, so typical of the Quebec landscape: the church. Today, as in the past, the church bears witness to the presence of a local community, to the deep-rootedness and vitality of its people.

Hidden inside is a world that might surprise you, where you can catch a glimpse into various historical periods; the dreams of some, the tragedies of others, or even their ingenuity. Few architectural achievements testify to both social and personal life. Churches are much more than a place of gathering; over the ages, they have also served as a meditative haven for those in need of retrospection on their happiness or life’s vicissitudes. Isn’t it deeply moving to think how folks of yesteryear sat in the pews, each person with their own dreams, contemplating the challenges they faced? Can you feel them through the natural peacefulness of the church?

When you visit a church, can you perceive the significance of the unique lives of our ancestors reflected in the decor? In addition to the masterpieces that show the aspirations of the time, humbler works—such as votive offerings from parishioners in gratitude for a blessing—reflect the passage of time and social evolution.

Most churches have notable works of art and equally remarkable ornamentation that inspire such a state of mind, and even more so as these sacred places were built in the most bustling areas of our villages or neighbourhoods. Upon visiting a church and marvelling at its ancient decor, you cannot help but be taken on a journey through time. Whether it be because of its simplicity or bold exuberance, you will be left in awe.

In Portneuf, five churches stand out for their artistic and architectural features. Grouped together under the name of Voies du Sacré, they are privileged witnesses to the life of their villages: Saint-Casimir, Grondines, Deschambault, Cap-Santé and Neuville. Every summer, these churches open their doors to visitors, whether they are simply curious travellers driving through the area, religious heritage enthusiasts or Sunday explorers in need of a break.

In Saint-Casimir, the church is a vast, imposing structure contrasting the actual size of the village. Built at the very end of the 19th century, it is an eloquent example of the dynamism of its time. Did you know that a century ago, Saint-Casimir was a prosperous little town driven by the industrial boom? Today, the church is one of the most apparent legacies of this intense period, when nothing was out of reach of the townsfolk’s aspirations. Inside, the spectacular ornamentation will leave you astonished!

The rest of the circuit runs along the shores of the St. Lawrence River, which echoes Portneuf’s oldest religious heritage. The church in Grondines is a good example of this connection: in response to the effect of the St. Lawrence’s tides over thousands of years, the parishioners moved the village further inland, abandoning the original modest church of 1713, the remains of which are still visible. The new church reflects the religious splendour of the 19th century with its balanced and bright neoclassical interior design, combined with highly distinctive neo-Gothic exterior ornamentation.

In the same municipality is the church of Deschambault, which was built at the same time. Nestled in the heart of a remarkably well-preserved institutional core, it overlooks Cap Lauzon. If you are strolling through the village, it is hard to resist the temptation to go through the doors of that magnificent building! The imposing rood screens not only bear witness to the crowds that once gathered within, but they also make it easier to access the various works of art the site has to offer: its statues, paintings and organ are all examples of landmark achievements that you can see up close with your own eyes.

A little farther east, Cap-Santé’s Église Sainte-Famille is one of the few still-standing churches built under the French regime. Beyond its imposing façade, the church displays a rich decor in a subdued atmosphere created by its magnificent stained-glass windows. Its collection of works has continually and coherently been enriched over the years and showcases the great talent of the province’s artists. Overlooking the St. Lawrence River, this site set amid the natural beauty of the area is a must-see.

Lastly, the tour ends—or begins, depending on which direction you are travelling—with the chu

rch in Neuville. It houses an exceptional piece of art whose beauty you must examine from every angle: a late 17th-century canopy, initially commissioned for the episcopal chapel in Quebec City. This exceptional gem of Quebec’s religious heritage draws all eyes to the church’s extraordinary choir. Although the municipal library was recently relocated to the choir, it has not blemished the church’s charm and in fact gives visitors an extra reason to make the trip to the site.

Take the journey along the Voies du Sacré and discover the extent of Quebec’s artistic and architectural traditions, where even the simplest forms are imbued with a certain poetry, a connection to something greater than oneself. It is the perfect opportunity to escape from the hustle and bustle of life. Be sure not to put off your visit; as the on-site guides are students, they will be closing the doors when they go back to their studies in mid-August!